I went to Spain but it was closed

That actually happened to me last year.

When you’re traveling according to a set schedule – whether you planned it yourself, or following the itinerary of a group tour or cruise – you don’t want to make the mistake of visiting a great spot, but on the wrong day.

In my case, our Costa cruise ship docked at beautiful Valencia on a Spanish national holiday called Hispanic Day. Every year on October 12, all businesses, schools and government offices in Spain are shut down to celebrate Christopher Columbus’ discovery of the Americas. 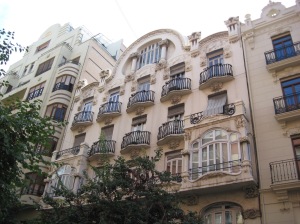 Loved the architecture in Valencia!

And I do mean SHUT DOWN. A handful of cafes and souvenir shops ringing the city’s main plaza were open for tourists, but that was about it. Who would have guessed?

Years ago when my brother and sister-in-law honeymooned in Europe, their one day in Florence happened to fall on a Monday. Now, Bob had seen quite a bit of Italy while spending his junior year of college in Luxembourg (seemed to me at the time he did a lot more bumming around Europe than studying, but that’s another story). However, this was Donna’s first trip. She had always dreamed of seeing Michelangelo’s exquisite statue of David.  But guess what? The Accademia Gallery where David is on display is closed on Mondays. 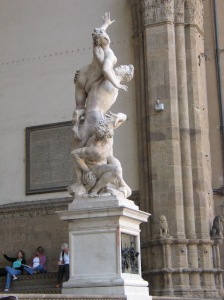 If you can’t see David, see the “Fake David” or (here) Giovanni Bologna’s Rape of the Sabine Women in the Piazza della Signoria, Florence

Oops. Donna and Bob have been fortunate to do plenty of traveling since then, but it wasn’t until nearly 30 years later that they returned to Florence – and Donna finally met the marble masterpiece.

How can you avoid these disappointments? Well, if there is something special on your wish list and this may be your one and only chance to see it . . . for heaven’s sake, do your homework before you book the trip! If you’ve always dreamed of walking in the steps of Marie Antoinette at Versailles – don’t take the Metro out to the last station in the Paris ‘burbs on a Monday.

And while many museums are closed on Mondays, as soon as you decide to bank on that, you’re sure to run into a disappointing exception to the rule. Here’s some information about a number of popular European destinations:

The fabulous Louvre in Paris is closed on Mondays, as well as Christmas Day, New Year’s Day, May 1 and August 15. Show up on one of those days and there will be no Mona Lisa moment for you.

The site of England’s ancient Stonehenge in the Salisbury Plain is open to the public just about every day but Christmas Eve and Christmas day. But – if you check out the historical site’s website, it also states that there may be “restrictions at the Solstices and other times, which are at their discretion, when visiting may not be possible.”  Huh? I’m picturing something like this: 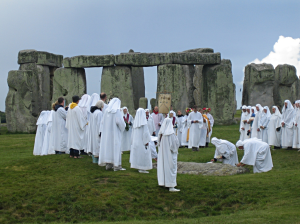 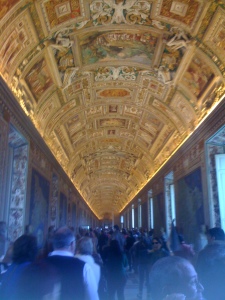 Not surprisingly, the Vatican Museum is closed on Sundays, except for the last Sunday of every month when admission is free from 9:00 am to 12:30 pm. Check the Vatican website for a boatload of other days that also are closed (presumably holy days).

In freewheeling Amsterdam the magnificent Rijksmuseum and Van Gogh Museum are open daily all year. (And if Amsterdam isn’t on your bucket list because you think it’s all about smoking pot in “coffee houses” or ogling hookers in the Red Light District – think again. I kind of thought so, too. I now can testify that it is one of the most beautiful, cultured, fascinating and friendly cities I’ve ever visited. LOVE IT!)

Now, in equally friendly Ireland, you may not want to visit Dublin’s party-hearty Temple Bar on Good Friday – or any other place that usually offers a good time in the Republic of Ireland. While Good Friday is not a public holiday, it is considered a day of rest and Christian worship. The sale of alcohol is prohibited and since many pubs and restaurants are closed, it might be difficult to get a meal outside of your hotel on this day (and forget that pint of Guinness). 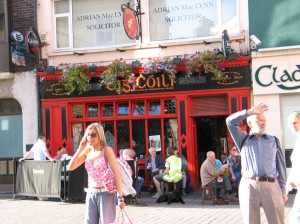 A picturesque pub in Galway

In fact, the holy days of the Catholic Church are still national holidays in many countries. In Germany, Ascension Day (also celebrated as Father’s Day or Men’s Day in some areas of the country) is celebrated 39 days after Easter Sunday. Banks, post offices, stores, businesses, etc., are closed and there are restrictions on the sale of alcohol, public performances and even dancing in some places.

I happened to be in Vienna in 2012 on the Feast of Corpus Christi in early June. All businesses were closed for this national holiday (which is also a public holiday in Poland, Portugal, Croatia, and a number of other countries) and our shopping was limited strictly to admiring the window displays.

However, many of the museums, including the magnificent Schonbrunn Palace, were open so tourists and residents alike could enjoy Vienna’s artistic and historical gems.

Sometimes being in a city during a public holiday can put a damper on activities you assumed would be available to you. On the other hand, if you can be flexible and open to what the locals are doing, you may find something even better. 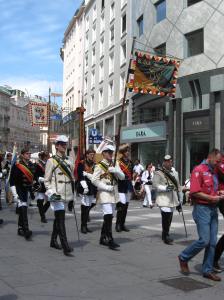 In Vienna, just as we approached the venerable St. Stephen’s Cathedral in the center of the oldest part of the city, the Corpus Christi processional began arriving at the church. Clergy in robes and finery from a rainbow of holy orders marched slowly through the streets as the bells rang in the cathedral tower. Little girls in white dresses carried baskets of greenery and men and women in traditional Austrian costumes smiled as they paraded past on the sun-warmed cobblestones. It was serendipity, and it was simply magical.

I guess the moral of the story is to plan ahead and check sites like timeanddate.com for information on national holidays in the countries you plan to visit. The websites promoting tourism for each country are usually extremely helpful resources.

If you’re planning on seeing exceptionally busy and popular places like the Vatican Museum or the Uffizi in Florence, it really pays to book and pay for your ticket in advance.  You can go online to select a day and time for immediate admission to the museum, rather than waiting in lines for what could be hours. 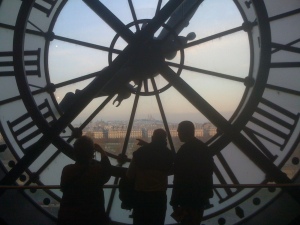 On Mondays, you can’t visit the Impressionist paintings at the Musee d’Orsay in Paris, either.

And if you’d rather take your chances and play it by ear? Don’t say I didn’t warn you! But you may just get lucky with a surprise like we did in Vienna. Either way – bon voyage!

4 Responses to I went to Spain but it was closed